A downloadable game for Windows, macOS, Linux, and Android

It is Halloween Night,  a night when the unseen becomes visible, and magic charges the air.

Unfortunately, this also includes your house, which normally is enchanted to keep people away from investigating it. Of course, any competent witch would have spells and wards set up that morning.

It's just too bad that you got back in late from a conference and overslept. Now, armed only with a very weak time crystal and a load of free spells you picked up at the conference, you need to jury-rig your defences. Of course, casting spells willynilly on such a magical night, with your mind in a rather perverted place, might have interesting consequences...

The Magic of Home is a text-based game made in the twine system. The main game play is based around a Mastermind style puzzle to try and get people to interact with the spells you place on various objects in the house. Win, and you get to see the results of these objects transforming people who have come poking around your house on Halloween.

This is an adult game; the transformations are of a sexual nature, and focus around male to female transformations and lesbian encounters, given the main character is female. This started as a project for the author to see if they could write smut and more sexual content, but personal gender identity issues make me unwilling to write such content involving men at this time (although this may change with practise).

I had hoped to have it finished for Halloween, but it is currently half finished, although mechanically playable. As such, consider this a demo, and I hope you enjoy it enough to consider donating some money for the completed version.

Introduction completed, all mechanics in place, all good ends and bad ends completed. This version of the game is effectively complete, although there might be some minor proofreading edits.

This version is free, although if you choose to pay slightly more I would be very grateful.

This version has an option to automatically view the answers to the puzzle, letting you bypass that part of the game and just get straight to sexiness at the end.

This version costs a minimum of $2 US.

That's odd. Did it not work when you clicked "no thanks" on the page where it asks if you want to pay anything?

what type of kinks are in this game?

and the payment won't let work with this game.

i need some hints for the game. 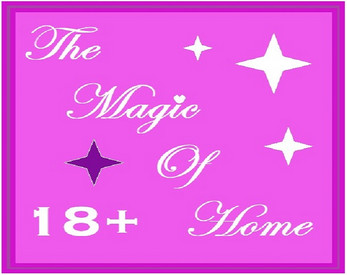